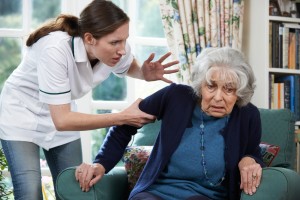 Sadly, nursing home abuse continues to be a problem right here in the United States. The National Center on Elder Abuse estimates that more than two million Americans over the age of 65 have been neglected, mistreated, or abused by a caregiver. By these numbers, nearly one out of every 10 senior citizens will experience some form of abuse.

There is a serious misconception that nursing homes are safe places where our loved ones can go to live out their later years, all while receiving top-notch care. Unfortunately, we are starting to see just how much abuse goes on behind closed doors. If you talk to anyone who works in the assisted living or nursing home industry, they will likely tell you that elder abuse happens all the time, and most cases remain unreported.

This means that the ‘two million nursing home abuse cases a year’ number is probably a gross underestimate.

What does nursing home abuse look like in Texas?

In Texas alone, approximately 25 percent of the 1,200 assisted living facilities have fallen short. Many of these facilities have been cited for deficiencies and have been in the spotlight for shocking cases of alleged elder abuse. Perhaps more shockingly, 80 percent of all Texas long-term care facilities are guilty of at least one state or federal safety violations.

To get a better idea of just how common nursing home abuse is, let’s look at a few more telling statistics from the Nursing Home Abuse Center:

Who is to blame?

Unfortunately, the most common people involved in elder abuse cases are family members. While we think that abuse could only happen by a stranger, this is not the case. Many of these individuals (partners, spouses, adult children, and other family members) are in-home caregivers who have committed to being responsible for the well-being of their elderly loved ones.

If you have noticed any of the above signs or are suspicious that your loved one is the victim of nursing home abuse, please contact Wormington & Bollinger today.